SYDNEY, AUSTRALIA - FEBRUARY 1:Jake Stein of the Giants poses for a portrait during the GWS Giants team photo day at Giants Headquarters on February 1, 2018 in Sydney, Australia. (Photo by Adam Trafford/AFL Media) 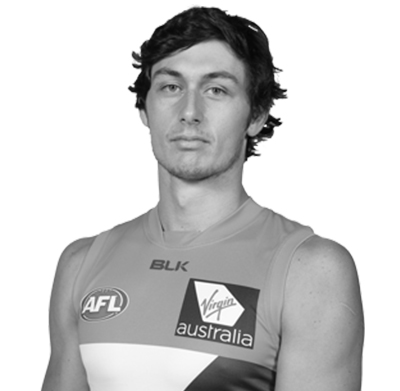 Represented Australia at the 2014 Commonwealth Games

Jake is a man of many talents and is a very accomplished athlete; having been signed with the GWS Giants he is also a former Commonwealth Games decathlete. A World Youth Athletic Championships Gold Medalist in 2011, Jake grew up playing soccer and athletics, and has also been courted by Rugby League teams over the past few years.

“I’ve always wanted to run, jump, kick and tackle and play. When I stopped playing soccer and concentrated on athletics in 2009 I was very happy. But I gradually started missing being in a team environment. It’s hard flogging it out on your own compared to training with teammates.” Jake says.

Outside of football Jake enjoys a round of golf with friends and is a big soccer fan, supporting Liverpool FC. He is very excited about continuing his AFL career with the Giants, having only started following AFL closely in recent years he is determined to extend his athleticism to this different code and is definitely embarking on a unique journey. After an impressive 2018 season, Jake was lifted into the GWS senior list team and from here will look to debut in the 2019 AFL season.