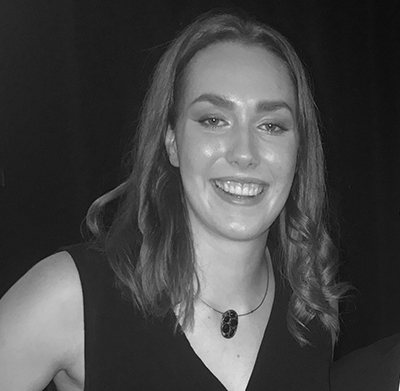 NSW Health Ambassador for ‘Finish With The Right Stuff’ Campaign 2018

“Young gun Erin McKinnon is expected to have a massive impact in the ruck and will be vital in securing clearances”.

Erin started playing AFL from the young age of 12, her enthusiasm for AFL compelled her mum to create a women’s team at her local club Mosman Swans, and she has gone from strength to strength ever since. Erin is now a Life Member at the Mosman Swans, and often spends time mentoring the young female players.

Erin was drafted by the GWS Giants in the inaugural AFLW League opening season in 2017 having just turned 18, and quickly made a memorable impact on the game, as a NAB Rising Star and All Australian Squad.

Her talent and towering stature of 189cm tall has enabled Erin to quickly become a formidable force when playing in the ruck.

She loves being active and enjoys volleyball, netball and basketball; anywhere she can use her height as an advantage.

Erin is a dedicated, young athlete with excellent potential and a great work ethic.